Find Out About Us

In May 2012, Little Granville, situated in the grounds of Ford Farm House, was opened by Robin and Shirley Thornton, along with their bed and breakfast launched in August 2011.

Previously, and for over thirty years, they were at their popular Old Park Hotel in St. Lawrence, which was owned by three generations of the Thornton family for more than fifty years.

They then moved on to run a successful guest house in the heart of Whitwell, and now, at Ford Farm House, although, sadly, Robin is no longer with us, Shirley continues to offer one-bedroom accommodation, with continental breakfast, as well as the self-catering cottage, ideal for two.

We have lived on the Isle of Wight for quite a while and as a result we have got to know a lot of people who also reside here. Local communities are very active across the Island, and we often help out at our local village hall with other members of our community. Robin is somewhat of a history buff and has held talks for local residents about the local history of the area, and we’re happy to share this knowledge with guests too! We’ve also lent a hand at church fetes and other local events that often raise money for local causes and organisations. I have also spent around 14 years as a volunteer for the Island’s hospice, Earl Mountbatten, a place which provides essential care to people who are in need and have often spent many years contributing to local communities. Voluntary work has been a great way to give back to those in need within the community and to the people who work so hard to care for others. ~ Shirley Thornton.

The earliest reference to the farm, that we have found, is in 1560 when a Richard Newman was stated to be “of Northford.” Adjacent to our house is the location of the old mill, and the mill- house, with parts of that dwelling dating to 1618. The Worsley family, great Island landowners, subsequently were in possession, with Edward Worsley mentioned in 1712.

Thereafter, it was in the hands of various owners, until the whole farm was split up and sold on ­ in 2006. The main part of Ford Farm House was built in the late 1800’s, with an extension added in the 1980’s.

Ford Farm Hosted the first ever Isle of Wight Festival in 1968!

One of the Fields at Ford Farm called Hayles Field, translated into “Hell Field” by the press, was the site of the first Isle of Wight Festival which took place way back in 1968. The Artists that performed in that year included Jefferson Airplane, The Move, T Rex, The Crazy World of Arthur Brown, Plastic Penny and The Mirage. Ten thousand people came to the Isle of Wight to watch the acts play on a rough stage made up of two trailers. The following year, the organisers decided to try to attract bigger names and after much persuasion, Bob Dylan agreed to headline after viewing a film of the Island showing its wonderful natural beauty and literary history. He was particularly swayed by the thought of performing at the place where Alfred Lord Tennyson once resided. Other acts appearing that year included Joe Cocker, Free, Richie Havens and The Moody Blues. 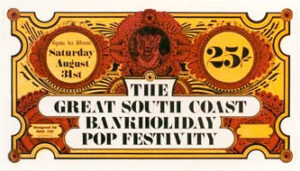 You can see more about the Isle of Wight Festival, and this year’s festival line-up on www.isleofwightfestival.com.

The marker on the map below shows the field where the first Isle of Wight Festival took place.

Little Granville was converted into a comfortable self-catering cottage during 2011/12 & launched in May 2012.

A nearby field was host to the first-ever Isle of Wight Festival in 1968.

Little Granville & Ford Farm House are run by the Thornton family, previous owners, for over 30 years, of their popular, family, hotel in St. Lawrence. 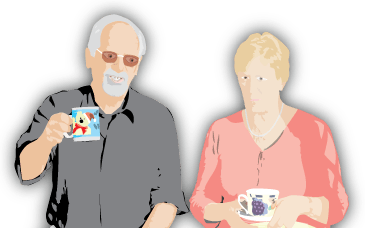 Our aim is still to offer our guests comfortable accommodation in a friendly, relaxed atmosphere. Far-reaching views, in a quiet and peaceful location, make this the perfect place for an enjoyable, refreshing, holiday.