Red squirrels have a particular liking for the surroundings which is mainly due to the lack of grey squirrels, and the squirrels are widely found throughout the Island, which is almost the final stronghold in the south of the country for these endangered creatures. Sadly we do not have any Red Squirrels that visit Ford Farm, but there are many attractions and parks on the island to get a chance to meet some.

Where to spot them? 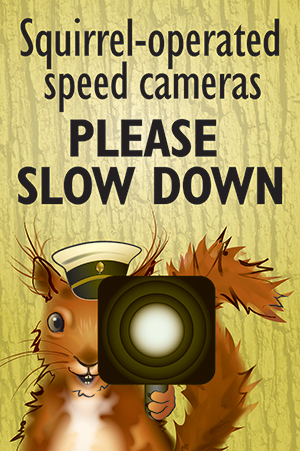 Thanks to the Wight Squirrel Project, they have produced a list of locations where you may be able to catch a glimpse of these furry friends.

But remember to be vigilant, as they do tend to pop out on you when you’re driving around the Island!

Keep an eye out for the special signs that have been made in hot spot areas.