Welcome to the Village of Whitwell

Whitwell is situated three miles from Ventnor and Godshill, and just eight miles south of Newport. Famous for its past, it has the six red boys that provided water to the village. (More in the history section below). Walks can be enjoyed around the countryside, through fields and over downs admiring the typical Isle of Wight Views.

Modern-day Whitwell has a pub, an old railway station and a Ford dealership garage. There is also an old church dating back to the 12th Century in the centre of the village. 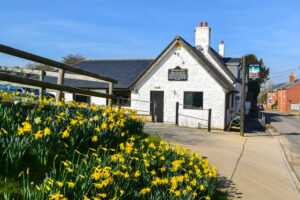 The White Horse Inn is a family run pub which was first built in 1454, making it one of the oldest pubs in the UK. They offer a good selection of food, from homemade burgers, fish dishes, vegetarian and gluten-free options, and they are happy to welcome you to their family run restaurant/pub. Additionally, the inn has a full range of drinks, including a selection of lagers, beers, wines, spirits, and soft drinks. Their bar boasts a great variety of real ales, including locally brewed varieties from the Island’s Yates and Goddards breweries.

Whitwell Garage is a Ford dealership selling new and second-hand reasonably priced cars along with its petrol/diesel filling station. The garage is open every day 8am until 6pm, except Sundays and Bank Holidays when they are closed, but there are supermarkets within a 15 minutes’ drive from Ford Farm, if you need fuel urgently. Whitwell Garage received a top national award after being voted the best Ford Dealership for customer service in the country! 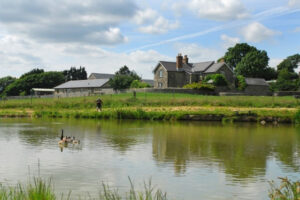 Nettlecombe Farm, which is situated at the top of Nettlecombe Lane in Whitwell, has three fully-stocked fishing lakes where you can spend a few hours sitting beside a lake seeing what you might catch. These lakes are accessible by car as well as by foot. The once man-made lakes are one and a half acres in size, filled with carp, roach and tench of various sizes. One of the best things about Nettlecombe is that as well as being in a peaceful place where you can pass the time while admiring the beautiful scenery, the lakes which are now wholly naturalised, offer something to anglers of all abilities; great whether you are an experienced angler or a novice learning about catching fish in a peaceful environment. The lakes are open to the public, and the daily rate to hire a fishing rod from Nettlecombe Farm is £5.00. There is car parking next to the lakes, and toilet facilities are also available nearby. The lakes are open from dawn to dusk all year round.

The History of the Village 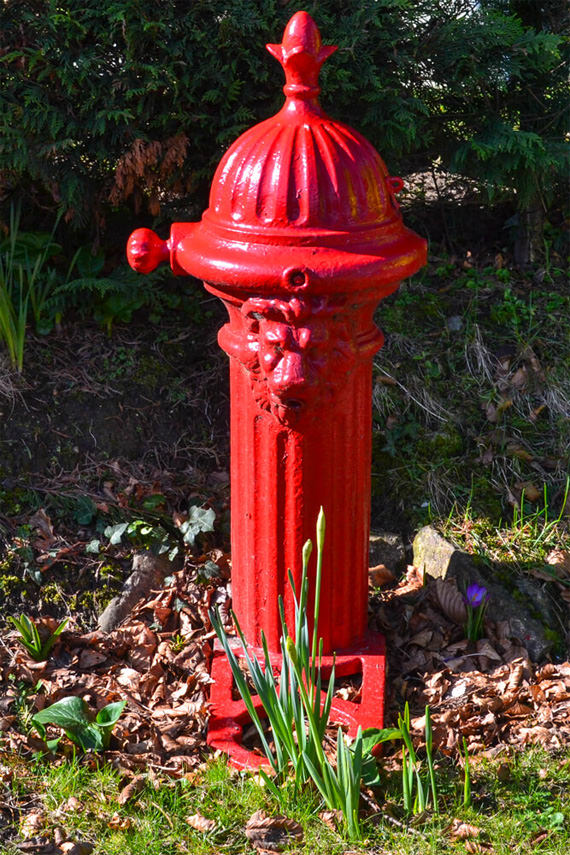 Throughout the village, there are six red, cast iron pumps or ‘boys’ which provided fresh water to the village. These pumps were introduced and built in 1887 by William Spindler, a prominent figure from St. Lawrence whose memorial now lies in Whitwell graveyard.

The scheme covered the whole village and included the nearby hamlet of Nettlecombe, with about 16 cast iron outlets known as ‘lions’ or ‘red boys’.
I suppose that ‘going down to the Red Lion’ for a drink was not quite the same?

They are of cast iron, with a lion’s head, a platform for the bucket, and a handle at the side that turned on the water which flowed from the lion’s mouth. There was also a metal cup on a chain.

The boys are still there dotted around the village today. You will see one at the ‘White Well’ in Well Lane, east of the church, along with one of the original wells, which is where the annual Well Dressing takes place; two in Kemming Road; two in the High Street and one in Nettlecombe Lane.

White Well was a place of pilgrimage during the mediaeval times. 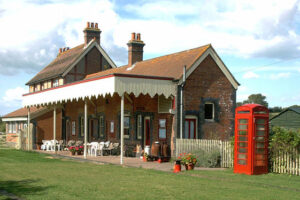 Whitwell had its very own Railway Station which was linked to the ‘Ventnor West’ branch of the Isle of Wight Central Railway. Along with other branches on the Island, the railway opened on the 20th July 1897. Whitwell was equipped with a passing loop, two platforms, a signal box and the station located in Nettlecombe Lane. The image shows the current condition of Whitwell Station which is now a self-catering cottage. 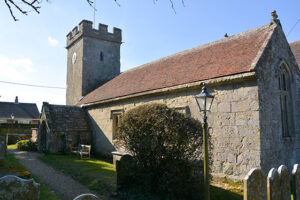 The Parish Church, dedicated to St. Mary & St. Rhadegund, originally consisted of two separate chapels. The earlier foundation was the Manorial Chapel, on the North side, built for the convenience of tenants of the Manor of Whitwell, whilst the south chapel was added in the reign of Henry III by the Lords of Stenbury in Godshill for the outlying tenants of St. Lawrence and Godshill. A 12th Century pier was brought to light during the 1868 restoration as were the hands displayed in the cabinet.

Whitwell Church also has a Post Office within, which is open 2 days a week, Mondays and Fridays. 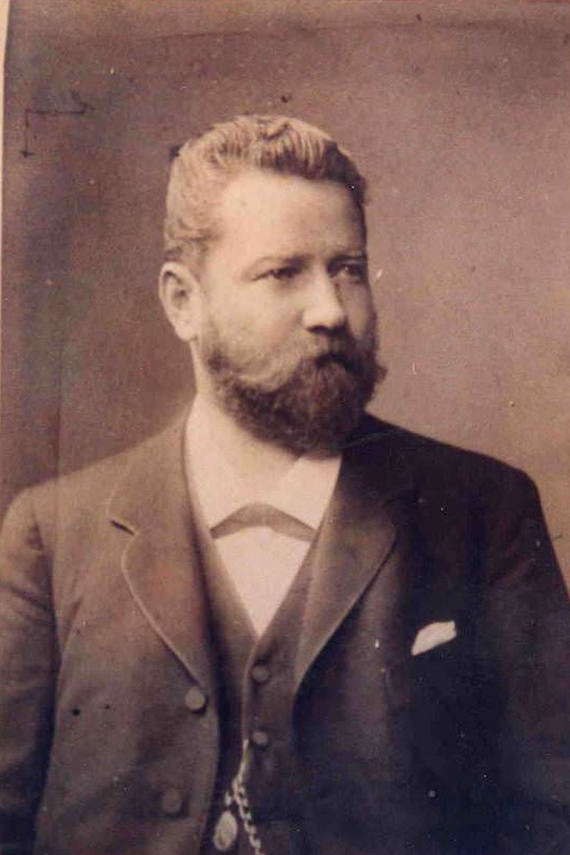 A German industrial chemist Theodor Julius William Spindler decided to come to the Island for the benefit of his health in 1873. He stayed at Medina Cottage in Ventnor until, in 1882, he negotiated the purchase of an estate of 144 acres, in the Undercliff, known as Old Park.

Mr William Spindler was a most generous subscriber to many different charitable causes. Among the many other projects he created was the sea wall at Binnel Bay in St Lawrence, shown in the centre image below. Building the sea wall at Binnel Bay gave employment to many local people during the 1880’s. Spindler also managed to pump water to the village of Whitwell and was responsible for the installation of the ‘Red Boys’ water stands, still to be seen in the village, as photographed above.

Mr and Mrs Spindler presented to Whitwell Church a handsome turret clock and a peal of eight bells. Almost the first peal was for the marriage of his daughter, followed a few months later for his funeral. Mr Spindler’s health gave way 188, and he is buried in the south corner of the churchyard. The photograph below on the left shows the size of his memorial. Maybe you would like to go and take a look whilst exploring the Island’s hidden past.

Old Park Estate, in St. Lawrence, subsequently became Old Park Hotel, which was operated by members of the Thornton family (the current owners of Ford Farm House) for over fifty years. The hotel itself is currently owned by Mr & Mrs Sharp as a child-friendly hotel.